Jon Doscher is a director, writer, actor, and producer of feature films and documentaries, including Remedy, This Thing Of Ours, Anyone’s Son, and 4CHOSEN.  Jon launched Starline Films in 2004 and was bought out in 2015. He reacquired Starline, which he restructured in 2020.  He is currently collaborating with filmmakers Nick Vallelonga & Jim Young for a new slate of projects.  Jon is directing and producing his screenplay, Under the Milky Way, and secured Jim Sheridan to direct Old Stone Face. Jon was raised in northern New Jersey, where he built and sold a restoration company as well as a publishing business prior to pursuing filmmaking.  After seeking advice from Jack Nicholson, Jon trained at the Lee Strasberg Theatre and Film Institute in New York City.  Shortly thereafter, Jon’s friend, actor Danny Aiello, advised him to begin auditioning. Jon was quickly cast in the film This Thing of Ours, starring James Caan.  Jon continued to be cast in films and was the lead in the Off-Broadway production, Rain Delay.  After launching Starline Films, Jon produced and co-starred in Remedy alongside Frank Vincent, Vincent Pastore, and Ace Frehley (Kiss lead guitarist). Jon provides a powerful combination of creative energy and business savvy.  He is an outstanding negotiator with an experienced eye for talent and potential.  Jon is a charismatic presence on set who evokes strong performances, poignant scenes, and successful productions.  He is a hardworking visionary committed to making a positive impact on the film industry.   jondoscher.com

Nick began his career on-camera, appearing at 12 years old in The Godfather. He went on to study acting and appeared in numerous films and Off-Broadway productions. Subsequently, Nick focused on writing and producing award-winning films. His credits include Deadfall starring Nicolas Cage, In the Kingdom of the Blind, the Man with One Eye is King (Palm Springs and Santa Barbara Film Festival selections), Stiletto (Newport Beach and Charleston Film Festival selections), I am Wrath starring John Travolta, and the highly acclaimed Unorganized Crime starring Chazz Palmienteri.

Nick is a bankable writer and producer who brings his considerable talent to bear on Starline Films’ feature film Under the Milky Way.

Year of the Bull, the award-winning football documentary, was Jim Young’s first production for Showtime Networks. Jim produced the thriller, Homecoming, which was released by Paramount Pictures. He went on to produce the dark comedy, Don McKay, starring Academy Award nominees Thomas Haden Church and Elisabeth Shue, and Academy Award winner Melissa Leo. The film premiered at the Tribeca Film Festival and was released theatrically by Image Entertainment. 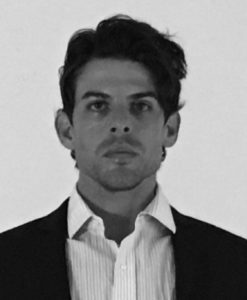 Starting out as an experimental theater director, Jonas Kord quickly moved into directing short films and music videos. He began experimenting with cinematography techniques that led his narrative and experimental flair toward a career in documentary film making. His keen eye and exceptional sense of story went into production work on several feature films and documentaries. He met future producing partner, Matt Tyrnauer, and produced the acclaimed cinema vérité documentary Scotty and the Secret History of Hollywood (2018). The film had its world premiere at TIFF before playing theatrically nationwide. Fox Searchlight Pictures and Showtime optioned the film for narrative projects. In addition to theater and documentary endeavors, Jonas has produced and directed commercial content for brands such as Yves Saint Laurent. He is currently finishing a short film trilogy of his own creation.

Jonas is a native of Los Angeles and currently resides in Hollywood, CA.

Playwright and screenwriter, Laura Spaeth is known for her ability to blend dark comedy with deep pathos. “For someone to be able to combine such humor and emotion into one package is a rare gift, and Laura has that in spades.” Lisa Lampanelli – comedian, actor, playwright. Theatrically, her solo show Barely Standing premiered at the Dale Snow Theater with the Poconos Mountain Theater Company and went on to sold out performances with standing ovations at The Norwood Screening Room and The PIT Loft in Manhattan.

Through her work as an actor, Laura found her writing voice. Performing her colorful characters to enthusiastic audiences on the comedy stages of New York City prompted her first full-length play. The Ballad of Salvatore Salustio went on to become a semi-finalist at The O’Neill Conference and a finalist at the Fulton Theatre New Play Contest. Other works include her pilot, Oakland, (New York Screenplay Writing Finalist). She is also a co-writer in the documentary movie The New Abolitionists, a film by Christina Zorich about the four NGO’s committed to ending sex trafficking.

Laura holds a BFA in Theater and Communications from William Paterson University where she graduated with honors. She studied screenwriting under the guidance of award-winning playwright/screenwriter Francine Volpe.

Kelly Drake is a creative producer raised in central New Jersey. She is currently based in New York City, earning a degree from New York University in Media and Communications with three minors in film production, American Sign Language, and child mental health studies. Some of her earliest work in production was at her college radio station, where she produced various podcasts, including a radio drama and a daily newscast. She also produces and hosts a podcast about the lesbian community in NYC and beyond.

Working on independent shorts as assistant director, she made the jump to producing in the world of short film. Now working with Starline Films as an associate producer, Kelly is honing her skills and is passionate about the projects at Starline Films. Outside of her work with Starline, she is developing a web series and producing multiple music videos for various artists.

In addition to working in film, Kelly has a background in event production. She has worked on large scale events such as New York Fashion Week and NYC Pride. Amazon, Hulu, and Netflix are a few of the other companies for which she has planned events. 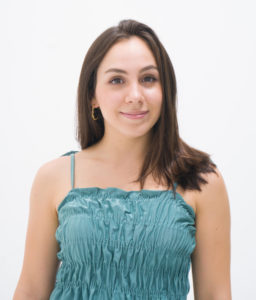 Her performing arts background inspired Liza to pursue a career in entertainment.  She assisted the fundraising efforts of the prestigious American Ballet Theatre in their Development and Special Events departments.  Liza also managed the press and marketing activities of numerous touring Broadway productions with Allied Global Marketing’s Touring division.  Previously, at the Artistic Dance Exchange, Liza coordinated dance conventions and competitions around the country.

Simultaneously, Liza trains with different professional dance companies in New York City and works as a dance teacher and choreographer. She has performed in different shows including Choreographer’s Carnival where she had the opportunity to perform with Todrick Hall. 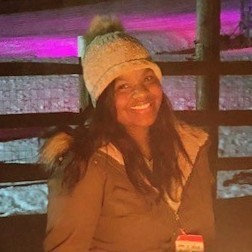 Earning a degree in Global Communications and Media, Nyjah Davis is currently the PR Project Manager at Starline films. Nyjah collaborates on the company’s promotion of feature films and documentaries along with upcoming projects. Gaining her first experience as a PR Media Intern during her first year in college, Nyjah immediately earned great passion for what is now her career. From there she took part in news writing, assisting film production companies, and even hosting her very own radio show.  As a radio host, Nyjah covered topics such as film reviews, current affairs, and celebrity drama. Previously, she was in New York City working for Michael Hirschorn, the owner of Ish Entertainment an Emmy award winning production company. As a news writer Nyjah mainly covered film and series reviews from Netflix and new films promoted in theaters. Overall, Nyjah has a diverse history of all media platforms and plans to produce her own film.  [email protected]

Kelly was raised in Brooklyn, New York. He began his acting career in New York, appearing in skits for The Maury Povich Show, as well as in films such as Underground P.D. and Remedy alongside actors Frank Vincent, Vincent Pastore, Jon Doscher, and supergroup KISS guitarist, Ace Frehley.

Upon relocating to Los Angeles, Kelly made guest appearances on popular TV shows: Modern Family, Criminal Minds, and General Hospital. He is best known for his recurring role on the long running soap opera The Young and the Restless, playing the mysterious private investigator to the shows’ central character Victor Newman, played by popular German-American actor Eric Braeden.

In 2000, Kelly earned a bachelor’s degree in Media Studies from Queens College, City University of New York. He went on to receive a master’s degree in Kinesiology from California State University – Los Angeles in 2010. Aside from acting, Kelly also works as a teacher for students with special needs in various schools around Los Angeles County.

Originally from NYC, Rana began her career as a singer/songwriter/actress, traveling the world, principally in musical theater, stadium concerts as well as industrial showcase & commercial productions. She has been blessed to learn from, and work with, some of the best in the business.

In her spare time, Rana freelanced as a Casting Director specializing in sourcing vocal talent, which led her to an amazing stint doing A & R for a “major company” in the UK.

Her experience runs the gamut across all media platforms. An avid writer, Rana recently “hung up her microphone” and started Global Reign Productions, LLC. Global Reign is focused on Branded Content; Script & Show Development; and Show Productions with several films, pilots, plays, & concepts already produced and in the pipeline.

Some of her favorite casting projects:
1982 written & directed by Tommy Oliver, starring Hill Harper, Wayne Brady, Sharon Neal, and Ruby Dee made waves across the world, winning top prize at the US in Progress showcase in Paris as well as audience awards at several US Film Festivals. 1982 premiered at TIFF.

Her latest project, The Rumdog Chronicles written by Geraldo Jose Uscategui is in full development. The book is available on Amazon.com. A feature film is in the works along with a scripted series based on the title character. 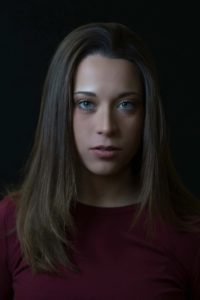 Stephanie Marie Schieder is an actress, producer and model raised in South New Jersey – a true beach native and pork roll sandwich enthusiast! She currently resides just outside of New York City, while pursuing the film industry professionally. Stephanie holds a B.A. in Communication and Media Arts, as well as a Film Studies Minor from Montclair State University. She is a co-producer on Starline Film’s upcoming feature, DREAM. Prior production experience includes research, development and casting for non-scripted television. Her favorite performance credits are “Maya” in short film, Loud Thoughts, a piece promoting mental health awareness and “Gretchen” in stage piece, Fathers on Earth. When not shooting, Stephanie works alongside classic Nickelodeon and DreamWorks characters at the American Dream Entertainment Retail Complex in East Rutherford, NJ. Theme park performance and entertainment management are her roots in the industry. Stephanie also enjoys stilt walking/dancing for weddings, corporate events and parades. Most recently, she appeared in the 94th Annual Macy’s Thanksgiving Day Parade with the Entenmann’s Bakery float.

Stephanie is excited to begin her journey with Starline Films as an associate producer and assistant. The entertainment industry is a true love of hers and getting to work with such talented and dedicated creative minds is an honor.