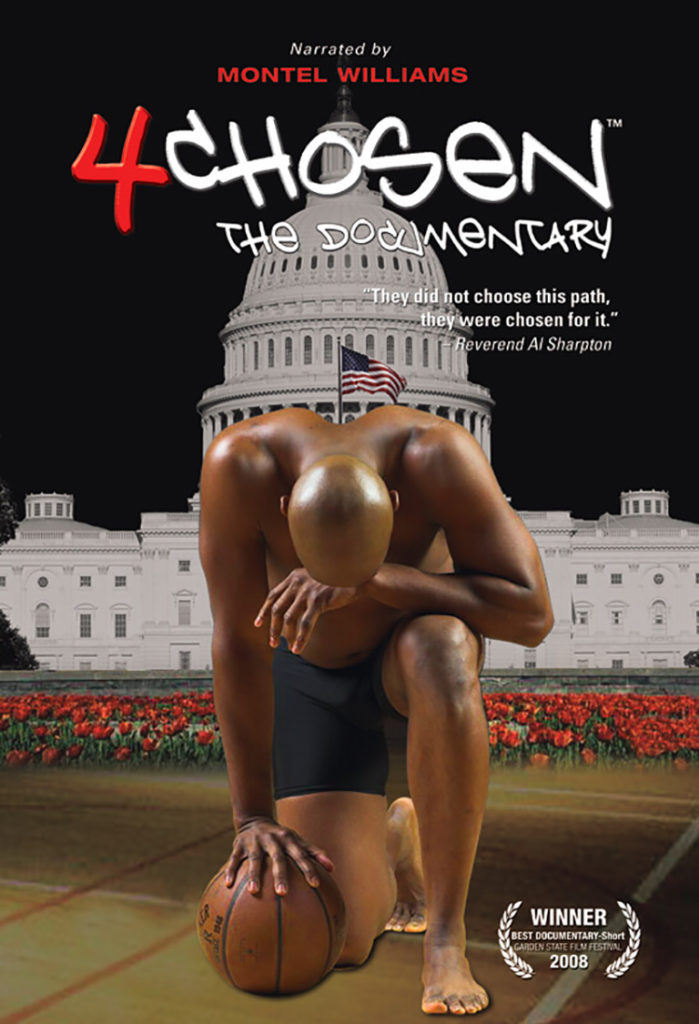 4Chosen is a true story of courage and survival that began when the dreams of four young men were suddenly shattered in a hail of bullets on April 23, 1998. Danny Reyes was a promising college basketball star when he set off on a road trip in a rented minivan with Jarmaine Grant, Keshon Moore, and Rayshawn Brown. The four were traveling from New York to North Carolina for a basketball talent showcase – where their talents would be seen by college recruiters. They never made it past Exit 7A on the New Jersey Turnpike.

Without just cause or provocation, two New Jersey state troopers pulled them over and fired 13 shots into the van, seriously injuring three of the boys. The fight had just begun for Danny and his friends. Enlisting the help of attorney David Ironman, the boys fought for justice. Together, they broke open one of the largest racial profiling cases in American history.

In an epic story that stretches all the way to Washington DC and involves such prominent individuals as Christie Todd Whitman, Johnny Cochran, and Al Sharpton, 4Chosen is the personal tale that makes the events so remarkable. The shooting brought the four young men together; forever connected by memories of that horrible night. Danny also became close friends with David Ironman, whose top priority was to defend the four boys while relentlessly pursuing justice above all else.

Ironman’s investigation exposed the disturbing truth behind racial profiling. He also discovered the corrupt training tactics that NJ State Troopers practiced which influenced the police officers that night on the Turnpike. Fighting against a stone wall of opposition from government and state agencies, Ironman gave hope back to Danny and the boys at a time when almost all hope was lost. Danny and the three other boys rose from the ashes of their hoop dreams and made remarkable lives for themselves – discovering that it takes more than bullets to destroy the human spirit.