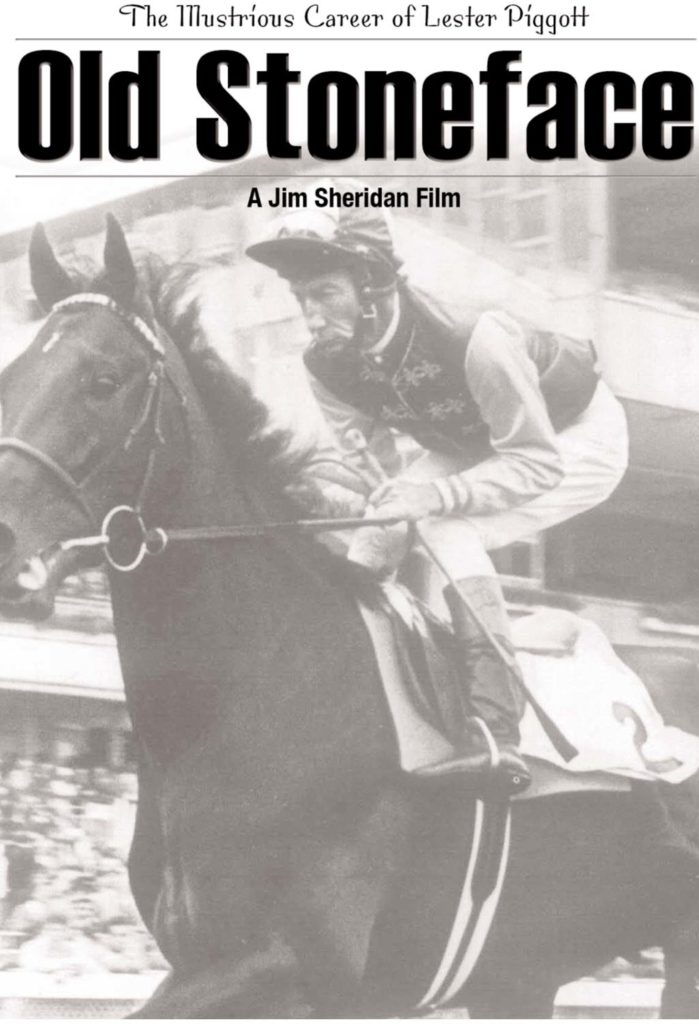 Old Stoneface depicts the illustrious and controversial career of Lester Piggott, the greatest flat Jockey in England’s history, perhaps the best jockey of all time, and an icon to this day.

Being virtually deaf from birth and later developing a speech impediment created an imbalance in Lester which affected his early childhood.  Although his deafness isolated him from typical boyhood activities like riding a bicycle or playing ball, when Lester jumped on a horse for the first time he found a deep connection with the animal, discovering his identity and passion.  Like a thoroughbred race horse is bred for excellence, Lester was groomed to be a successful jockey.   He became an extension of this magnificent beast at the tutelage of his family, who were prominent jockeys and trainers dating back to the 18th century.

He achieved his first win at the age of 12.  In 1954 at age 18, he rode in front of the Queen of England at the Epsom Derby and won on a horse named “Never Say Die.”  He went on to win eight more.  In 1975 the Queen awarded him the prestigious OBE (Order of the British Empire).

Taught by his father Keith to never allow another jockey up his inside to gain advantage, Lester never did. He was known for punching any horse or jockey that would get in his way.  This attitude sometimes resulted in tragedy, as in the 2,000 Guineas trial at Salisbury in 1985 when Lester forced another horse into the rail causing it to be put down.

Lester lived for racing.  He was a ruthless man, borderline psychotic, and known for his controlling ways.  He was an arch-manipulator who wanted everything and would do almost anything to get it.  He possessed an arrogance that he could control everything and anything… money, women, owners, trainers, and jockeys.  To the racing world, Piggott indisputably dominated horse racing and became the Housewife’s favorite, the expert’s choice, and the envy of his fellow jockeys.  He changed the course of the sport and was the first jockey to exploit his talent in financial terms, opening the way for a wave of millionaire jockeys.

In 1988 he was devastated when he was stripped of the OBE award after being convicted of tax evasion in 1987.  Despite his blemished career, Lester will always be remembered for his contribution to horse racing and his uncanny, intuitive relationship with the race horse.  This is what makes Lester Piggott a champion beast and the most notable horse racing icon in history.